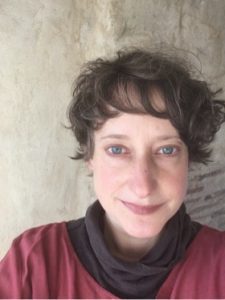 Born and raised in Germany, von Stockert first moved to the UK in 1992 to  study at TrinityLaban, London. Encouraged by Bessie Schönberg at Jacob’s Pillow Dance Festival, she applied for a scholarship at Sarah Lawrence College (SLC) and subsequently moved to New York, USA, where she graduated with a Master of Fine Arts degree from SLC in 1996.  She returned to London in 1999 where she founded her company Tilted Productions, later operating in her own name.

Von Stockert has received multiple awards and nominations including a Time Out Live Award for Outstanding Choreography; a Jerwood Choreography Award and a UK New Choreography Award by the Bonnie Bird Choreography Fund. Under her direction, Tilted Productions was nominated for a Critics Circle UK National Dance Award – Best Independent Company.

Working and touring nationally and internationally with her own company as well as repertory companies, von Stockert has created a large body of works for the stage, site-responsive pieces including gallery works, site-responsive outdoor productions and several film works.

She has received long-term funding from Arts Council England, Ipswich Borough Council and support from the European networks ZEPA, PASS, IN SITU, and the UK’s Without Walls Consortium. Since 2012, she has been making work both in the UK and France creating her productions through international co-commissions and in artistic residencies.

Tilted Productions was a UK National Portfolio Organisation from 2012 – 2018. In 2018/19 von Stockert received funding from Arts Council England to undertake an extensive research period evolving her work to include films and installations for the gallery setting. She subsequently worked on several series of short films (2019-21) that inspired her current work. She now lives and works in France. 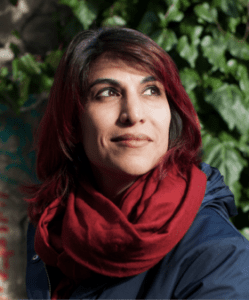 Educated at Stanford University (B.A.), and Sarah Lawrence College (M.F.A.), Rohena Gera has worked in film and television since 1997, starting in development at Paramount Pictures (NY), then writing for Indian film and television, and finally directing.

Gera’s first fiction feature SIR premiered in competition at the Cannes Film Festival (Critic’s Week 2018) where it won the Gan Foundation award followed by 18 international awards including 8 audience awards around the world.  With successful theatrical releases in over 25 countries, SIR’s ticket sales in France are the 5th highest of any Indian film. Upon release in India SIR shot to the #1 spot within 2 days, and stayed in the top 10 for 34 days in India, but also trended in other parts of the world.

Gera’s micro-budget feature documentary What’s love got to do with it?  premiered at the Mumbai Film Festival (2013) and was licensed by Netflix, after an independent limited theatrical release in India, and a U.S. Theatrical-on-demand release through Gathr.

Her non-profit media work includes Stop the Hatred (an independent campaign against Islamophobia in India that brought Hindu and Muslim personalities together against hate), work for Breakthrough (a global human rights organisation driving culture change in India and the US) as well the UN Foundation. 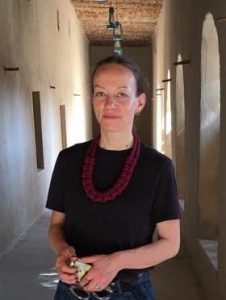 Sophie Persson is a freelance curator and arts producer with long-standing experience in devising, producing and managing contemporary art projects.

She was assistant curator for Structures of Meaning|Architectures of Pavilion with Hammad Nasar, for the Abu Dhabi Art Fair 2019. Between 2018 and 2019, she curated a year-long project in celebration of writer and activist, Mary Wollstonecraft (1759-97), called Wollstonecraft Presents. This collaborative project included multiple commissions across the year, from artist performances, talks and theatre, to the creation and publication of a fanzine. Funded by Arts Council England and The Elephant Trust, the project looked to explore Wollstonecraft’s legacy and her relevance on contemporary practice, using her work to reflect on society today. The fanzine, Pantheon, was launched at the National Portrait Gallery on International Women’s Day 2019 in an event curated by Persson. 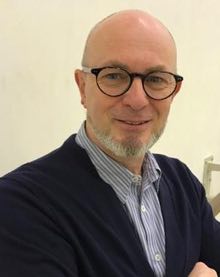 Professor David Steele, FRSA, was previously Dean of the School of Dance, Hong Kong Academy for the Performing Arts. Prior to which he held posts at Centre National de Danse Contemporaine, Angers, France; Director of Studies and Vice Principal, London Contemporary Dance School, London, UK. He was also the founding rector of The Danish National School for Contemporary Dance and principal teacher, contemporary dance, CNSMD, Lyon. He has been a visiting lecturer at many leading schools amongst them Rosella Hightower School in Cannes and Rudra Bejart, Lausanne.

In 2008 he was created a Chevalier dans l’Ordre des Arts et des Lettres by the French government. In 2015, he was awarded the honorary degree of Doctor of the University, by his Alma Mater, Middlesex University. He is presently Learning Associate with the Hofesh Shechter Company and Director of Rambert Grades. 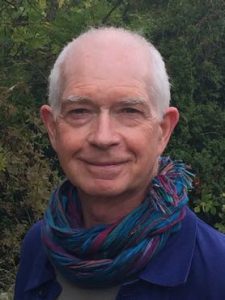 Thomson read French and linguistics at Edinburgh University before leaving to study speech and drama at the Guildhall School of Music and Drama in London. He performed with the Lindsay Kemp Company and with a number of small-scale dance companies, becoming a founding member of Ludus Dance Company in 1975, and Artistic Director of the company from 1983-86. From 1986 to 1991, he directed the Community Dance Diploma course at Trinity Laban. Thomson is a former Chair of the Community Dance Foundation and Vice-Chair of Dance UK. He is Co-Chair of the UK’s Dance Programme Board, which draws together national organisations to take a strategic view of dance provision for children and young people.

In 2015, he retired from the post of Director of Creative Teaching and Learning at The Place, where he had worked for over 20 years, leading on education, community and youth programmes, as well as collaborating on projects in health and wellbeing with, among others, stroke survivors and GPs in training. As part of audience engagement initiatives, he also produced the highly successful animated film series, Planet Dance.

Since retiring Thomson has continued his links with community dance, particularly in Finland, and produced further foreign-language versions of Planet Dance, including a Taiwan Chinese subtitled version and a complete Swedish version produced in association with Skånes Dansteater in Malmö.

Thomson has spoken and taught about community dance in many countries, including Denmark, Switzerland, France, Finland, Italy, Japan and Sweden. He brings to the Tilted Board his deep knowledge of dance in education and community contexts, as well as his experience of governance and arts management. 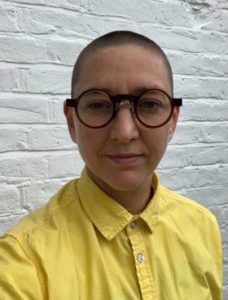 Amy Bell is a dance artist who unwraps conversations around queerness, language and movement. She is a producer, choreographer, writer, curator and facilitator whose practices are borne of a binary busting fervour. She aims to explode them-and-us thinking around embodiment, marginalised experience and between audiences, artists and institutions. Alongside solo work The Forecast, winner of a Total Theatre Award at the Edinburgh Fringe, Bell’s sister piece TOMBO(Y)LA is an installation of conversation and dancing which occupies gallery spaces. Politically rigorous whilst uniquely approachable, her works create connection whilst celebrating particularity.

Bell is currently Artist Development Producer at The Place in London where she was previously a Work Place Associate Artist. She curates Splayed, a festival of performance drawing together a cluster of subversive and experimental artists throwing conventional notions of queerness and femininity into question.

Bell teaches and facilitates widely, working with young people, professional artists, and queer collectives in creative and dramaturgical practice. She has led programmes through the British Council and facilitated the Next Choreography programme at Siobhan Davies Dance. 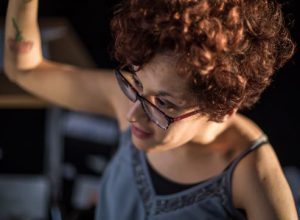 Kimberley Harvey is a freelance dance artist, choreographer and teacher. Harvey has a wealth of experience in all-inclusive practices and has her own inclusive contemporary dance company, Subtle Kraft Co. She formed the company in 2011 with fellow dance artist, Anna Emilsson. The company’s work is centred around relationships in their various and complex forms with connection, communication and curiosity as core elements within the company’s artistic and working practice. Subtle Kraft Co enjoy moving between live performance and film as different ways to ‘meet’ and encounter the audience or viewer.  Collaboration is also a key part of the way Harvey works.

Alongside leading Subtle Kraft Co. Harvey is a Candoco Artist, which includes teaching for Candoco Dance Company on a national and international basis.

Now in her tenth year of working professionally in the dance sector, Harvey’s work as a professional dancer has led her to performing in a variety of settings and venues for stage, outdoor festivals and site-specific work; predominantly in contemporary dance with a range of choreographers; but also physical theatre with companies such as ThisEgg and Moxie Brawl.